Batukaras Groms and my board, early 2003.

I wish I had the discipline (or had formed the right habit) to have kept a journal of my life. Of interest to almost no-one, it would be a nice reminder of such things as the date I got on a plane with a backpack to be an EFL teacher. I know it was very early in 2003, but a passport change since then has erased the evidence.

Often when I’m with the older teenagers in my class I ask them about their plans, university applications and where they want to end up in life. So often they seem so sure about where they’re going, what they want to be. I listen with interest, as I don’t remember being that certain about my path. Sometimes I tell them they have no idea where their lives will really take them, but that’s just me forgetting what it is to be seventeen and certain.

Early in 2003, armed with a backpack, a Marine Biology degree and a Certificate in TESOL, I got on a KLM flight (I can remember that much), and headed to Bandung, Indonesia to ‘teach’ English. Working for EF, I had a great time entertaining middle-high school kids and university students. Some of them might even have learned something from the games we played. It was hugely rewarding and made me realise that I wanted to be in education; not a prospect that would have crossed my mind while I was still in school! I got engaged (funny how that happens, eh?) but headed back to the UK. I wanted to do it right, so did a PGCE in Secondary Science: a year of assignments in Exeter and survival mode in Plymouth schools.

The real learning I think began after that. Landing back in Jakarta in late 2005, I started at a new school – a building site that blossomed – and got my first taste of the IB education philosophy. We got authorised, started teaching MYP and DP and then I moved to Bandung again. Now we’re in Japan, there’s no way we’ll be traveling backpack-only until the kids (funny how that happens too, eh?) are big enough for some serious adventuring.

So ten years on, the international education bug has really got me and I’m determined to do it right. I’ve had wonderful experiences and have met many fantastic friends, colleagues and students. I have a new language, and have been to places that seventeen year-old me wouldn’t have thought about visiting. I have a perfect family: a wife, daughter and son who make me smile every day. I’m a fortunate guy.

Thank-you for your comments. Cancel reply 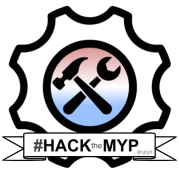 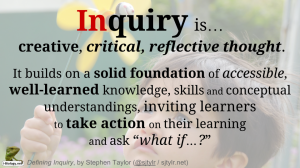 MYP Coordinator at the Western Academy of Beijing. I taught IB Biology & MYP Sciences in Indonesia & Japan and am experienced coordinator and Director of Learning. Family guy, author of i-Biology.net and moderator of #MYPChat and creator of @MYPChat roaming Twitter community.

This site collects writing and resources over the years, including MA studies, development work and professional learning. I believe in open sharing and community building.

Through powerful, pragmatic, action-oriented inquiry, we can educate for a future worth living. To do this, we need to connect the best of all worlds of learning.

Find out more in the 'About' section.